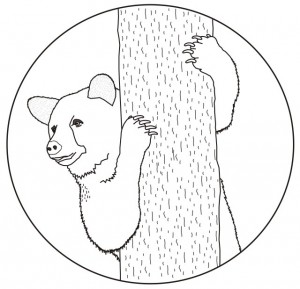 Welcome to Treebearplants.ca. This site was once the company website of Treebear Native Plants & Ecological Services, a native plant nursery and ecosystem restoration company owned and operated by Thor Smestad – and based in Nelson, British Columbia, Canada.

Although this company is no longer operating, this website has been maintained as an informational resource. But please note the information here is generally relavent to ecological resortation in Canada or other cool northern country, and in some cases is specific to British Columbia or Canada.

The website is centered on how to produce large rooted cuttings of native willow (Salix) species, Black cottonwood (Populus trichocarpa or P. balsamifera), and Red-osier dogwood (Cornus sericea). These are all very important species for use in ecosystem resoration in BC and Canada.

We call the plants produced by the system outlined here Tall Rooted Spike Cuttings (TRS Cuttings). Thor developed this methodology after years of work using dormant live cuttings (of the species above) in an ecological restoration/ soil erosion control methodolgy called Soil Bioengineering. TRS Cuttings are very tall plants – up to 2.5 to 3 meters – produced in only one growing season! Cuttings collected while dormant in the late winter or early spring (Feb./March) can be ready for planting in reclamation projects by mid-August of the same year. Some example situations where TRS Cutting are superiour to “standard” dormant un-rooted cuttings are as follows (for more detail see Advantages & Uses of Rooted Cuttings):

This information in this website is targeted at anyone who wants to implement their own habitat/ecosystem restoration treatments – for example, land owners, community environmental groups, or school environmental sciences classes. I also welcome the use of this information by other native plant nurseries and environmental consulting / contracting companies .. à vontade as they say in Brazil.