Wave action can impede or prevent plant establishment through erosion of the sediments in which they are rooting (with these sediments potentially burying plants elsewhere), or physically fragmenting or uprooting them (Tenna and Hawes (2003) , Keddy (1982) .

I feel the latter of these processes – waves uprooting small plants – and in the absence of substantial net movement of the soil away (erosion) or onto (deposition) the site, can be important on low gradient shoreline areas (e.g., sand bars). This would probably occur most during periods when water depths are relatively shallow (perhaps < 30 cm?). To address this in two areas on the peninsula “Sand Bar Breakwaters” were constructed (see map).

The series of diagrams below illustrates my conceptualization of how these breakwaters function to aid plant establishment. 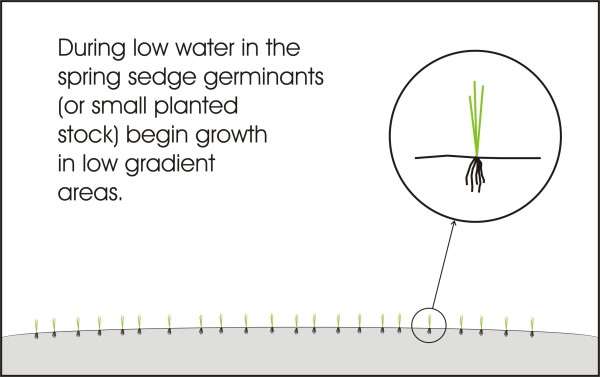 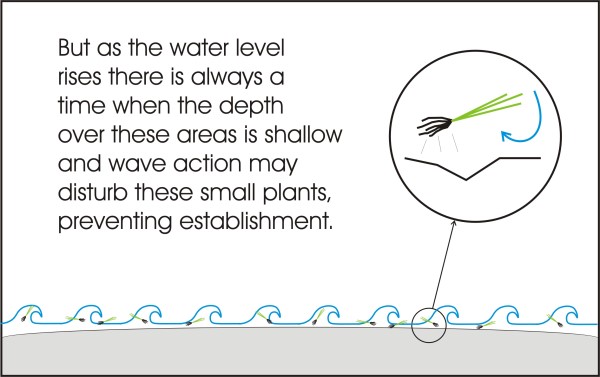 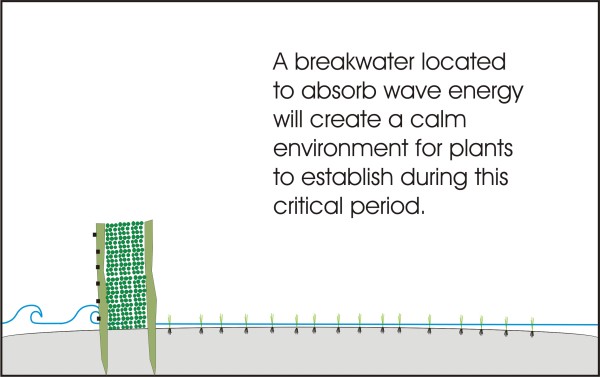 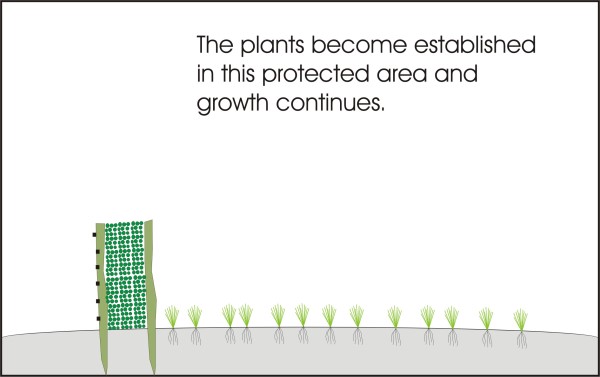 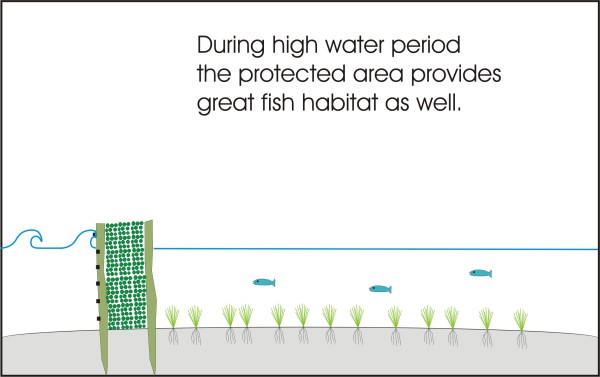 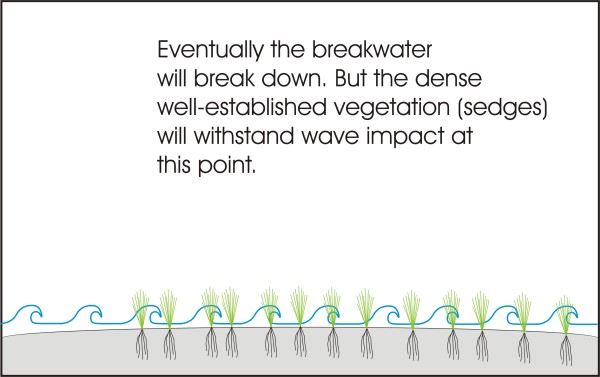 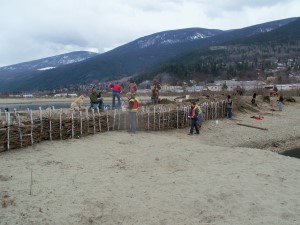 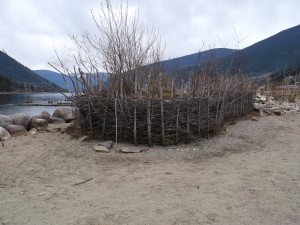 The areas in the foreground of the photos above show the low gradient sand bar areas along the peninsula where the 2014 and 2015 SB breakwaters were constructed (in front of the 2011 and 2012 breakwaters respectively). These areas are completely inundated annually (most years), between June and July. Survival and growth of planted sedges inside these structures has been excellent. Several factors must however be noted: 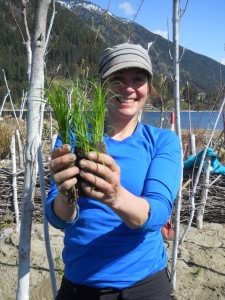 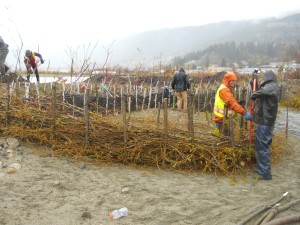 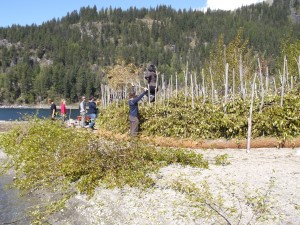 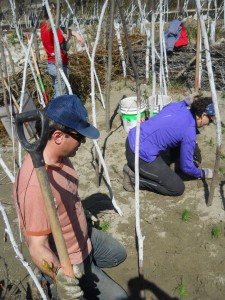 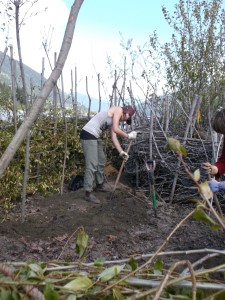 Planting inside the 2014 (above left) and 2015 (above right) SB breakwaters. In addition to sedge plugs, rooted TRS Cuttings of Sitka & Sandbar willow and Red-osier dogwood were also planted. 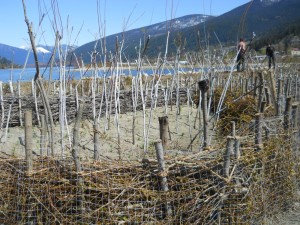 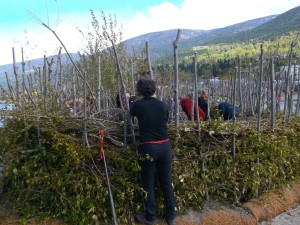 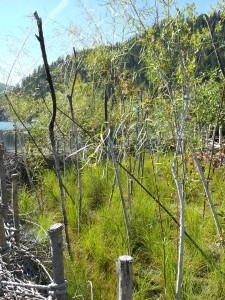 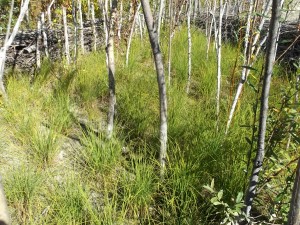 Above: Growth of sedges and rooted cuttings inside 2014 SB breakater as of Sept. 2015 (two seasons of growth seen here). 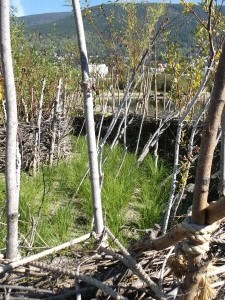 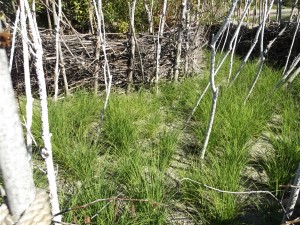 Above: Growth of sedges and rooted cuttings inside 2015 SB breakater as of Sept. 2015 (one season of growth seen here).