Each of the species used to grow TRS cuttings is highlighted below. In all cases cuttings 2.5 to 3 m are used, although it is conceivable to use cuttings even longer. I will note here that using the techniques outlined in this website, and after growing thousands of plants, I consistently got nearly 100% success in the case of the willows and cottonwood (only rarely did a cutting fail to take root), and consistently about 90% success with dogwood.     I have no explanation for why about 10% of dogwood stems failed to take root. 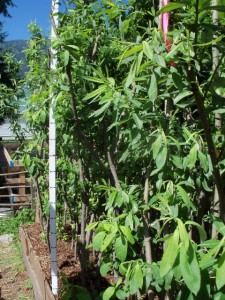 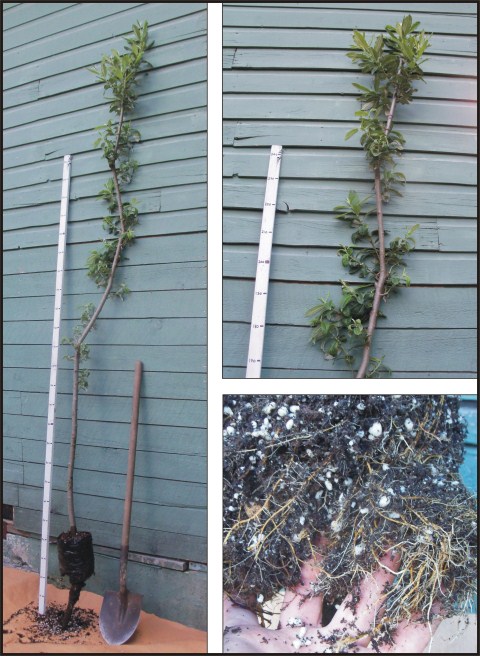 1-gallon Sitka willow at the end of July. Root growth is substantial here already, although not completed for the season.

In Canada the poplar species Black cottonwood (Populus trichocarpa), or it’s close relative east of the Rockies and in the north, Balsam poplar (Populus balsamifera), can be used to grow TRS cuttings. Both 1 and 2-gallon potting bags were used initially, but due to the somewhat more open/loose rooting form of cottonwood (as compared to willows and dogwood), the 2-gallon size (or larger) is deemed more appropriate. I have normally seen shoot grown of 1 m or more obtained during the first growing season. 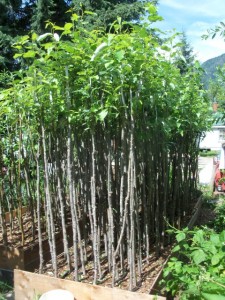 Note the planting configuration – all stems oriented vertically. This early photo shows how NOT to grow cottonwood – instead the stems should be “fanned” to give shoot growth the maximum light possible. 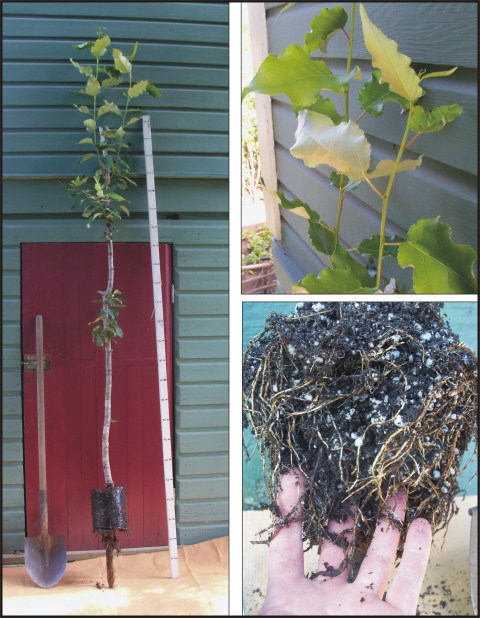 1-gallon Cottonwood TRS Cutting at the end of July. Root growth is substantial here already, although not completed for the season. 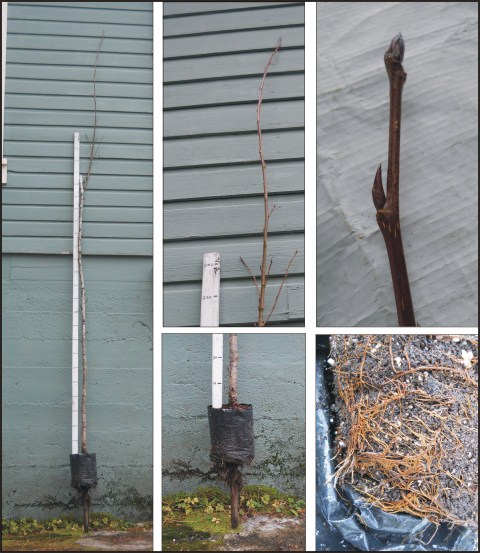 Red-osier dogwood is a species highly sought after for moist riparian areas, but often shows poor survival when planted as live cuttings directly in the field. As noted above, I have obtained about a 90% success rate growing dogwood TRS cuttings.  Only 1-gallon potting bags are used as this species is planted on moist riparian sites – this root volume is therefore considered sufficient. The root system is also somewhat slower to develop than the other species, but still sufficient after one growing season to provide a plant ready to use. Shoot growth during the first growing season generally ranges from about 30 to 50 cm. 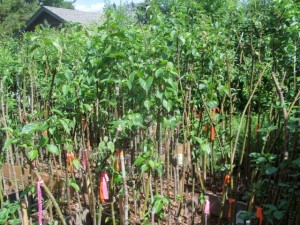 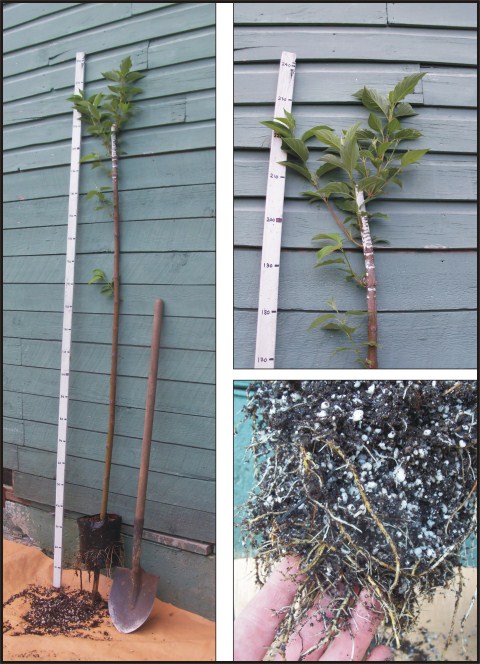 1-gallon Red-osier dogwood at the end of July. The cutting was collected in March. 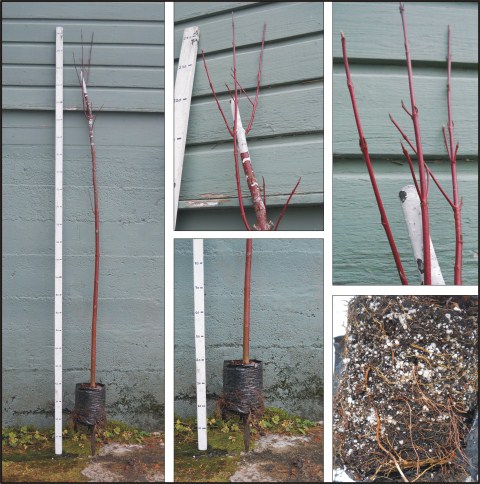 Root growth has fully occupied the available soil volume, although experience has shown this species will benefit from a second season in the planting beds.